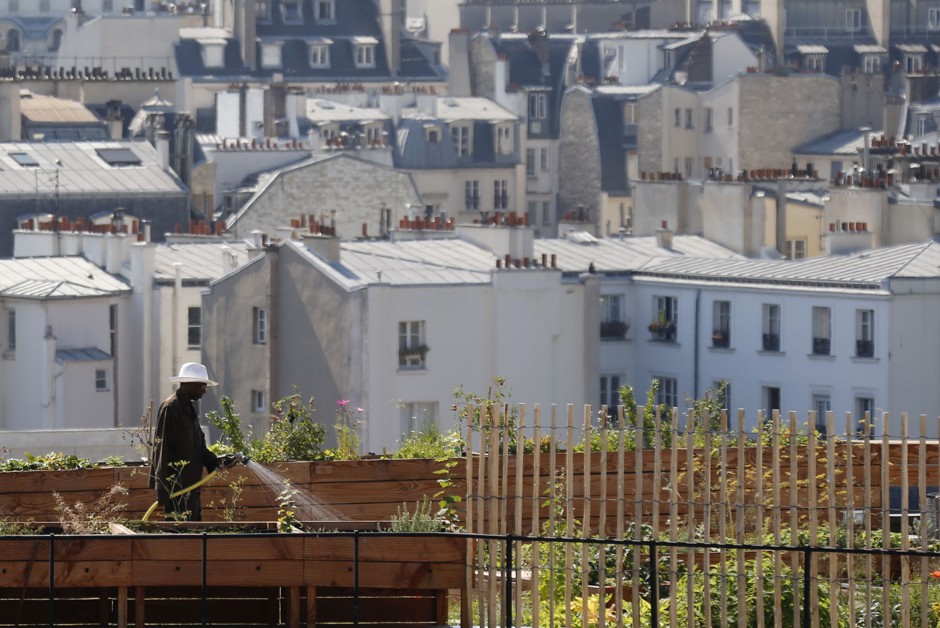 Imagine if we lived in a world where much of our fresh produce could be produced locally and even more powerfully, organically.  We could do it, if we ate less, wasted less, did not demand ‘perfect’ and unnatural produce and supported local growers.

It’s fascinating to ready the articles as noted in this blog, because the focus is always on profits and making economic ‘sense’ in food production. What a world we live in.

“A global analysis finds that urban agriculture could yield up to 10 percent of many food crops, plus a host of positive side benefits.”

“Gotham Greens’ boxed lettuces have been popping up on the shelves of high-end grocers in New York and the Upper Midwest since 2009, and with names like “Windy City Crunch,” “Queens Crisp,” and “Blooming Brooklyn Iceberg,” it’s clear the company is selling a story as much as it is selling salad.

Grown in hydroponic greenhouses on the rooftops of buildings in New York and Chicago, the greens are shipped to nearby stores and restaurants within hours of being harvested. That means a fresher product, less spoilage, and lower transportation emissions than a similar rural operation might have—plus, for the customer, the warm feeling of participating in a local food web.”

“This is the first global estimate of the potential for urban agriculture,” Costanza wrote in an email. “Urban agriculture will never feed the world, and this paper confirms that, but the important point is that natural capital in cities can be vastly improved and this would produce a range of benefits, not just food.”

“I don’t believe that urban farming is ever going to replace more conventional farming,” he said. “I don’t think a city is going to be able to produce its entire food supply within city limits, but I think it can play a role in bringing people closer to their food, and in making our cities more diverse and interesting and green.” 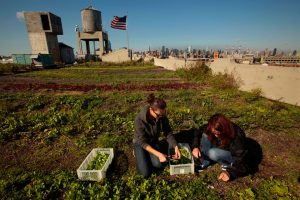 What if we turn this argument around and instead look at local food production as a community initiative – one that feeds people locally thus reducing the reliance on imported foods?  Why does everything have to be about making a profit?  Not that we should aim to do the opposite.  We have commercialized everything in our society and agri-business has corrupted the way we view food and our access to it.

“Americans waste about a pound of food per person each day, with people who have healthier diets rich in fruit and vegetables the most wasteful, research has found.

About 150,000 tons of food is tossed out in US households each day, equivalent to about a third of the daily calories that each American consumes. Fruit and vegetables were the most likely to be thrown out, followed by dairy and then meat.’

It is not only Americans who waste food – it is a bi-product of affluence.  I live in Ireland and am saddened as I observe the food waste in my own country.